Audley Square is an exciting new development in the heart of Mayfair, one of London’s most desirable and exclusive neighbourhoods.

Caudwell Properties (109) Ltd has been granted planning permission to develop the finest residential apartment buildings to be delivered in the area in recent decades. Working with Robert A.M. Stern Architects and world-class specialist designers, we will create a property that responds to and epitomises what makes Mayfair renowned across the world. Built to exacting standards, the Audley Square development will make a positive contribution to the Mayfair conservation area and enhance the immediately adjacent public realm.

In appointing New York based Robert A.M. Stern Architects (RAMSA), Caudwell Properties have chosen a leading international design practice that has demonstrated its ability to design high quality buildings that do not clash with or stand apart from their surroundings, but rather fit in comfortably amongst their neighbours. 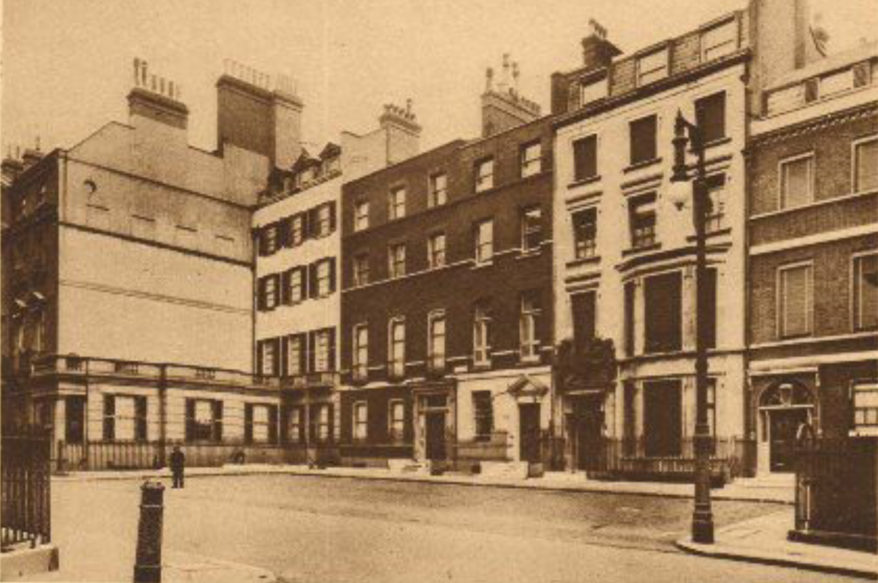 In contrast to its enviable urban location today, 400 years ago Mayfair was largely open fields, crossed by the Tyburn River. It wasn’t until the end of the seventeenth century that houses, shops and inns started to appear, with development increasing rapidly over the next two centuries on the seven estates that formed Mayfair.

Audley Square lies at the intersection of the Grosvenor, Berkeley and Curzon Estates, and it is in the irregular boundaries of these estates that Mayfair’s characteristic street layout originates.

This street layout remains largely unchanged since the eighteenth century, and is complemented by the mix of high quality eighteenth and nineteenth century residential and commercial buildings which stand alongside 1930s mansion blocks and more modern post-war buildings.

Audley Square was probably first developed in the 1750s, and was made up of fine terrace buildings set a little back from the road, with a block of stable mews to the rear. The buildings were altered throughout the Victorian era and the early twentieth century, and properties damaged by bombing in the Second World War were demolished in the 1940s, creating an empty site between Audley Square and Waverton Street.

Exceptionally, in the interests of safety, some out of hours works may be required and these will always have WCC approval. Notifications of such works can be found in the Latest News section http://www.audleysquareredevelopmentmayfair.com/consultations/